It is a special experience to enjoy the performance of musicians at their home base. We are tonight in Premià de Mar to do exactly that. We will attend the concert of the youth band Sant Andreu Jazz Band.

Premià de Mar is a small town half an hour train ride from Barcelona, and on the way there you pass Sant Andreu. The performance tonight will take place in Sala Gran at Teatre L’Amistat in the new local culture centre L’Amistat de Premià de Mar. Sala Gran has 268 seats. Since I am in the company of my wife and six Swedish friends, this leaves 260 seats for the locals. Some of them are probably relatives or friends of band members. I bought the tickets very early so we have excellent seats in the middle of row 4. Doesn’t this sound like a perfect setting?

Well, maybe not if the band would have been an ordinary local school band. Then maybe you have to be a close relative or friend to come and enjoy the performance. But Sant Andreu Jazz Band is not an ordinary school band. It started from a music class, and now it is the base in an independant music project with young musicians performing on a very high level, led by Joan Chamorro.

I found the band through a clip on YouTube in September 2016. On the very first clip that I saw, the band member Andrea Motis was singing In My Solitude, backed up by the Joan Chamorro Quartet and Orquestra Simfònica del Vallès. I was astonished. She was so young and had the expression of youth, but she was nevertheless so sophisticated. The setting was grand like a jazz ballad performed by Diana Krall backed up by her usual jazz group and a string orchestra. And like Diana Krall this young lady proved to be not only a vocalist. She also played a solo on trumpet.

I soon found out that Andrea Motis was a member of Joan Chamorro’s creation the Sant Andreu Jazz Band, a big band with children and teenagers playing music with emphasis on a classic jazz repertoire with lots of swing. After this discovery I enjoyed the band many times on YouTube. They have made an effort of publishing a lot of clips with sound and picture of as high quality as the music itself.

In this way the band really works as a school where everybody is supposed to have his or her chance, but the band uses this modus operandi and still keeps up an exceptional quality. This is not to say that everyone in every way and all the time performs at a high professional level. But the quality of the band as a whole is exceptionally high, and together with the charm of youth the band is irresistible. You just have to love them.

Another feature of the general concept is that the band, or parts of the band, sometimes play together with professional musicians – often the Joan Chamorro Quartet. This is a really good concept, and it mixes the educational side of playing together with having fun together. The latter goes for both band members and experienced musicians, as you can see in the clips below. Some senior band members have been featured as ”La Màgia de la Veu” (The Magic of the Voice) and they often play and sing together with the Joan Chamorro Quartet under the name La Magia de la Veu & Jazz Ensemble. Again, the way they take turns as vocal front figures and backing up musicians is very nice – and impressive.

The clips that can be seen on YouTube originate from different phases of the band history, and you can thereby see the band members grow and develop as human beings and musicians. This is in itself a joy to experience, and in watching them mature you sort of adopt the identity of a distant relative to the band members.

Well, what happened in Premià de Mar? We arrived there an hour before the concert started. We passed the time in a small market place close to the church, where two bars served drinks and children ran around and played. When it was time for the concert we walked in the middle of the peaceful street (no cars passed) the short way back to Teatre L’Amistat. It all was a truly and lovely experience of local life, not an experience that you would expect when you are to attend a concert with a band who has become an international Internet phenomenon through YouTube and social media. 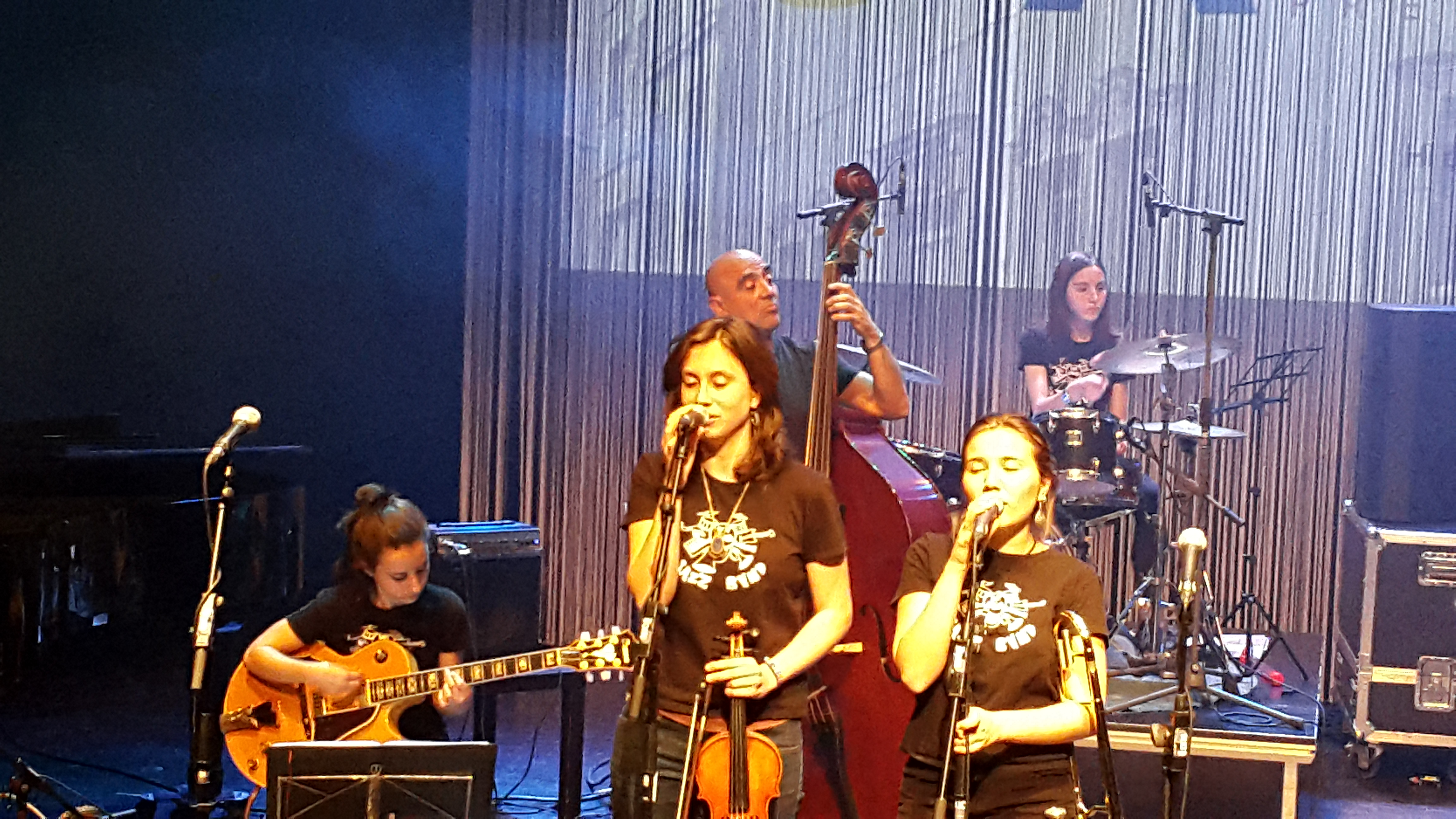 The concert proved to be a wonderful performance by the band, led by Joan Chamorro. It was as good as the recordings I have seen, but a live performance of course creates a much closer relation between band and audience, especially when the hall is as small as the one in Teatre L’Amistat. Since many of the YouTube clips that I have enjoyed are several years old I found that there were some new members in the band, and that some of the old members did not participate. This is of course the natural evolution of a youth band, and it is nice to see that the band can keep up the high quality although it has to cope with regeneration. Of course Joan Chamorro is to be congratulated for the successful development of the band – but the band members themselves are also to be credited for the successful regeneration process. They are all part of a living and sustainable music culture that goes on and creates new experiences for us to enjoy. Their YouTube clips are of a very high quality, but if you ever have the possibility – go and see Sant Andreu Jazz Band live! 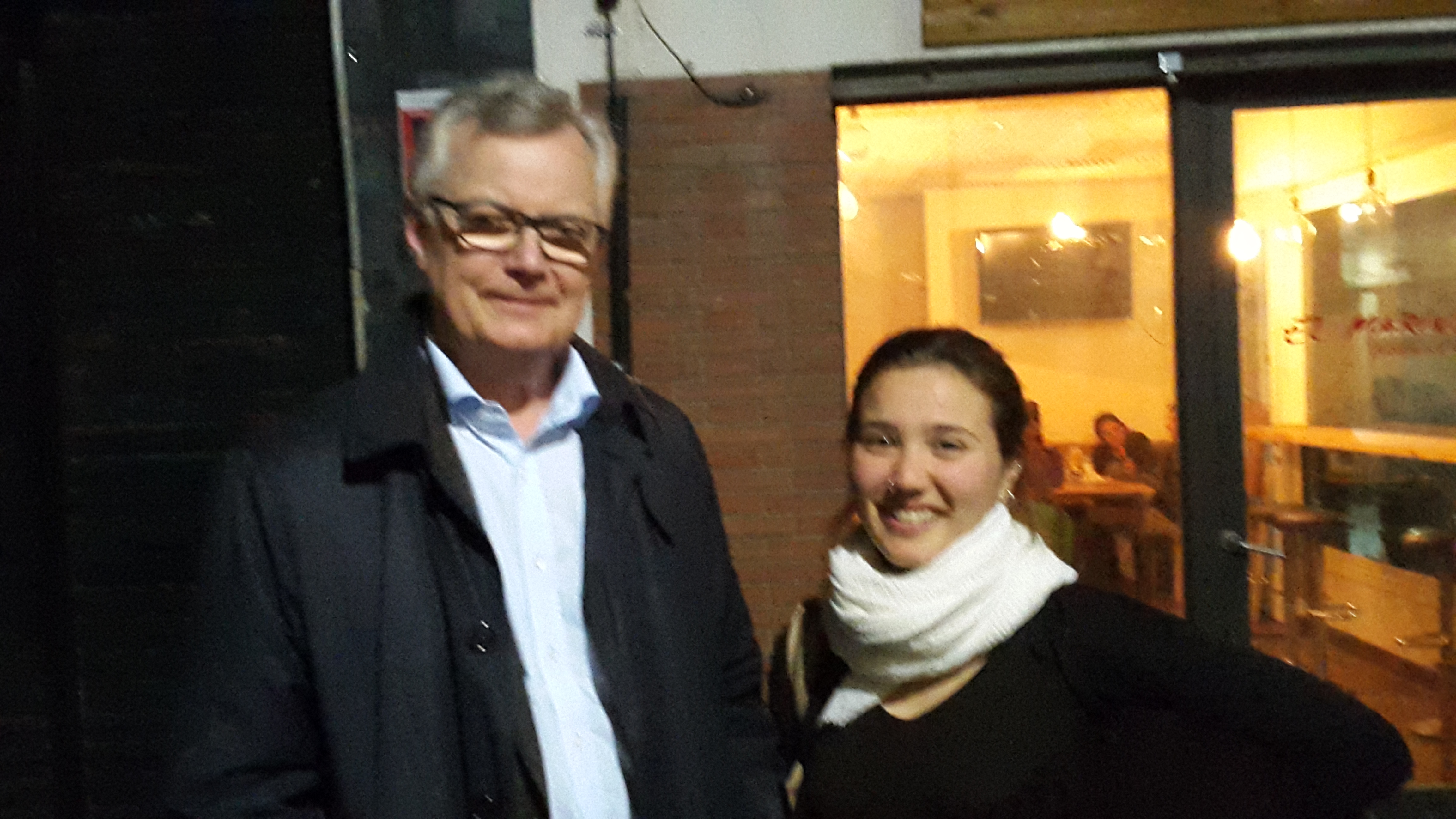 The clips below mirror many different contexts where the band or part of the band performs or rehearse, often together with professional musicians. In Premià de Mar the band performed on its own, led by Joan Chamorro.

How High the Moon