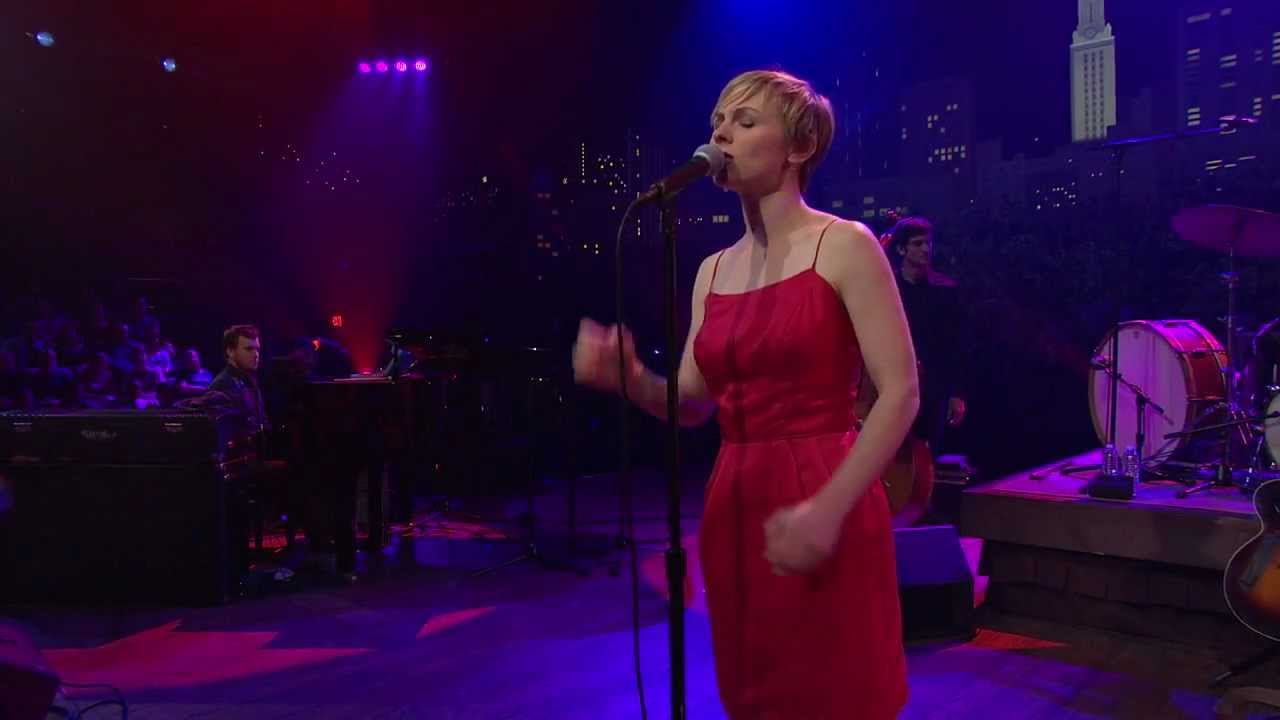 Kat Edmonson is from Houston, Texas. When she was 19, she participated in the auditions for the second season of American Idol. She eventually became one of the 48 who were chosen to participate in the final competition in Hollywood. However, Kat did not go far. She was rejected with the comment that she did not look like a star. I understand what the juror Randy Jackson was referring to, but I make a different assessment of Kat and her stage personality. There is a measure of absentness in Kat’s performance, and she sometimes appears introverted – but regardless of the basis for that character it gives her music integrity and personality. Yes, a little bit of a mystery. There is no artificial mannerism in her performance. And thanks heaven for that!

Now Kat Edmonson is 33 years old and soon her fourth album will be released. Her three first albums are irresistible and they have received a lot of well earned praise. She is now a recognized interpreter of standards as well as of contemporary popular music, and she is also successful with her own compositions. Today critics say that Kat indeed looks like a star, but I think that she still differs in an interesting way from the usual image of a star. Her appearance expresses “here I stand and sing a song that means a lot to me, and I hope it will to you as well.” It’s not more than that, but it goes a long way when it is Kat who is singing.

And how she sings! Kat (short for Katherine) has a voice with a very special and beautiful sound. Sometimes it reminds me of Stacey Kent, but the expression is not the same. Some have compared her voice with the voice of Billie Holiday, some with the voice of Nellie McKay. But of course, Kat is primarily Kat herself.

Kat’s mother early taught her to like the classics in the American Songbook, and that kind of music is a base for most of what she does. Some of it fits into the jazz field; some is closer to the American folk song tradition. Kat herself labels her music “Vintage Pop”.

You can find some of the classics on her first album Take To The Sky. Many great artists have done wonderful versions of these, and one may wonder if there is anything to add. Then listen, for example, to Kat’s and her fellow musicians’ version of George Gershwin´s Summertime. There is also more recent music from other genres on this album, such as The Cardigan’s Lovefool, John Lennon’s (Just Like) Starting Over and The Cure’s Just Like Heaven. Kat makes them all her own and turns them into “Vintage Pop”.

On the second album Way Down Low you can find a number of her own compositions. Lucky is probably the one that have received most attention. There is a lot of praise on the Internet. She wrote Champagne inspired by Cole Porter´s music, and it certainly has the feeling of a classic. What Else Can I Do is a wonderful feather light samba. But most beautiful is her sorrowful Nobody Knows That. There are also other musicians’ compositions on the second album. I would particularly highlight her delicate version of Miles Zuniga’s (in the band Fastball) blues ballad Hopelessly Blue.

With one exception Kat is involved in the creation of every song on her third album The Big Picture – sometimes on her own, sometimes together with fellow musicians. I particularly want to highlight Oh My Love, All The Way, Zuniga’s You Can’t Break My Heart, and the breath taking Who’s Counting. You literally hold your breath not to disturb the expression of this song.

Soon her fourth album arrives. In addition to original songs written by Kat I hope there will also be some interpretations of other artist’s well known songs. She is a very original and skilful interpreter. And I sincerely hope that no one has convinced Kat to transform her music and personality into something that fits into the standard frame of a modern American pop star. Kat is unique in a very positive way, and I want her to continue to be that.

What Else Can I Do

You Can’t Break My Heart