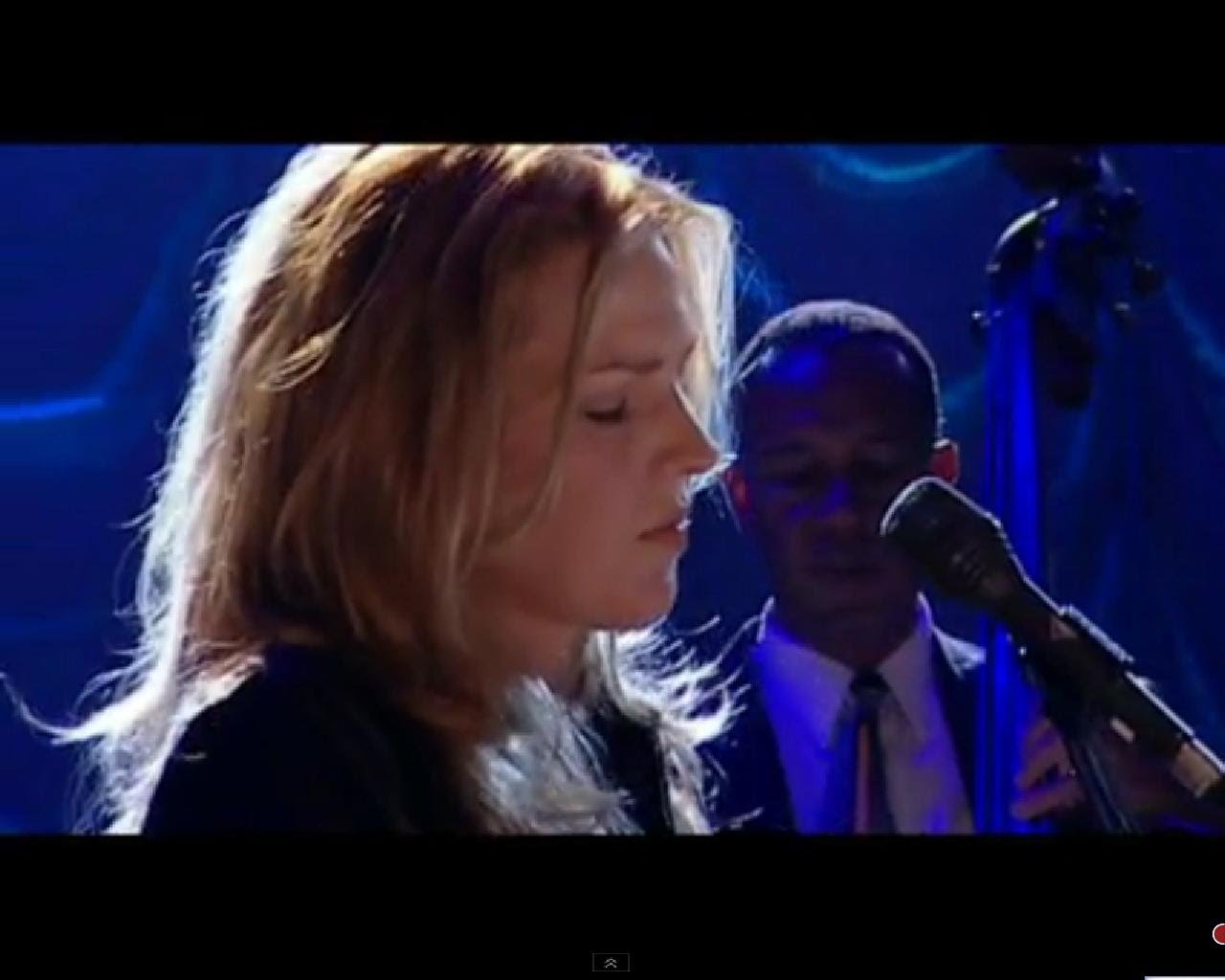 It all began with Diana Krall. Or rather, started again.

Like many others I discovered new music almost every day in the intense years of youth. The music we discovered was sometimes genuinely new, but sometimes only new to our ears. We conquered new and old musical continents, and made them part of our lives. However, at some point my musical expansion was stalled, and I believe that happened for many in my generation. Maybe it happened because we were to establish our adult roles in society, and many new things demanded our attention.

Some of us tried to compensate this loss by buying albums with compilations of music from our youth, but those albums never brought us new inspiration. They just repeated what we already knew. Music outside our well known scope did not awake our musical curiosity, if there still was any curiosity to wake up. Other experiences and impressions took over the role of music in the journey towards new worlds. Nothing wrong with that, but something was nonetheless lost.

It was not until some twenty years later that I was ready again. One day at the beginning of the new millennium, I heard on the radio a Burt Bacharach song in an interpretation that was new to me. The vocalist had a deep and sensual voice, and she sang slowly with a strong sense of presence and with a serious emotional expression. And then there was the beautiful and restrained piano. The expression of this interpretation reached something in me that hadn’t been reached for a long time. The song was The Look of Love, and the singer was Diana Krall. Right there in life I was struck by music again, and it was Diana Krall who hit me.

However, I did not catch her name. It took me a few days to identify Diana, and it was not until I bought the only album that the big record store in Gothenburg (there were such at the time) had in stock that I realized that the singer and pianist was one and the same person. The album was Love Scenes. I listened eagerly and wanted more. I bought The Look of Love, When I Look In Your Eyes and the tribute to Nat King Cole, All For You. By then I had become a dedicated fan and wanted to have all of Diana’s albums, also the two earlier, Stepping Out and Only Trust Your Heart. That was my first collection of Diana Krall albums, and I have continued to buy her albums and DVDs.

So, Diana Krall made music important to me again. I noticed that a piano jazz trio or quartet was the kind of music I enjoyed the most. I often saw in my mind’s eye a bar where the overly lively guests had moved on, and a piano trio played to entertain themselves and a few remaining guests. I was one of them. This type of scene requires a certain kind of music. That music and the setting probably say something about me, and what role music can play in my life. At least by the time I discovered Diana Krall.

Actually, early in her career Diana played the piano in a hotel bar in my home town Gothenburg. Now I sometimes go there, sip a drink, watch the piano and try to image how it once was. When I write this story, music has become a major theme in my life again, and I search for and discover new music all the time. In 2012 I started the music site Musik.pm. But Diana is still very much the starting point for what I do, and from time to time I come back to her music.

There is one album, or rather a DVD that is like a milestone in Diana’s production of music. It is Live in Paris (2002), a concert at l’Olympia in 2001 that was released on both DVD and CD. The recording of that concert released on DVD is magnificent. It is simply the best concert recording I have experienced. Diana and her fellow musicians deliver a wide range of fine interpretations of jazz classics in a masterly concert production.

It is as an interpreter of classics Diana has her strength. Her interpretations are of such high quality that they sometimes make renowned colleagues’ versions to appear insensitive and almost banal. When she, for example, slows down the tempo of I’ve Got You Under My Skin it makes the “I” of the song a more vulnerable and far more interesting person than the “I” of the swinging and more lightweight version that many American male singers have made theirs.

Diana’s music eventually formed bridges for me to other kinds of music. You can find many of them at Musik.pm. I believe bridges are necessary for us to move forward in our development, be it in music, literature or something else. There needs to be a part of the new which links to something we already know and appreciate, for us to move on and appreciate the elements that are more alien. Diana’s music has for me formed a bridge to many other kinds of music, but what was the bridge to hers? Obviously the beautiful Burt Bacharach song from my youth and Diana’s expression. Once that bridge was passed, I could learn to enjoy everything else Diana’s music has to offer. And it isn’t difficult music – quite the contrary. It is not even new – far from it. I had heard many of those songs before in other versions, but they had been more or less indifferent to my ear. But with Diana well known composers, such as Irving Berlin, Cole Porter and George Gershwin, became important also to me. She simply became my bridge to a treasury of songs. Diana made the songs become alive to me more than any other artist I previously had heard.

But love is never unconditional or complete. On the contrary, love of a personality or an expression might make you extra sensitive to deviations from that personality or expression. One characteristic of Diana Krall that is important to me is her ability to be both strong and intimate, both intense and low-key. In one of her albums, Quiet Nights (2009), she lets the intimate and sensual dimension take the upper hand of the expression, and I think that she thereby diminishes both herself and the songs. Fortunately, Diana is back with the strong dimension of her personality and voice on later albums.

Although I on the whole have stopped buying CDs I have continued to buy Diana’s albums and DVD’s. This is a collection I want to be complete. I have also attended a number of Diana’s concerts in various places in Europe. The best of the ones I attended before 2015 was probably the concert at the jazz festival in Juan-les-Pins in July 2006. But I think it is not a daring guess that her best concert might have been the one at l’Olympia in 2001. I had very much wanted to be there, but I have instead enjoyed it numerous times on DVD. This DVD is a must to anyone who likes the music of Diana Krall.

But I would not say that Diana peaked in 2001. Her strength lies in taking well known songs to a new level of beauty, presence and serious expression. In 2015 she did exactly that with the album Wall Flower – where Diana swings her magic wand of interpretative genius over a number of pop ballads as she previously has done over a number of jazz standards and ballads in the American Songbook. And at last I got my experience of ”Diana Krall live in Paris” when I saw her at l’Olympia on her “Wall Flower Tour” 2015. It was a beautiful concert.

In the beginning of May comes her next album, Turn Up The Quiet, and I will see her when she comes to Stockholm in October. The new album will bring us more of what Diana does best – interpretations of jazz standards and songs from the American song book. Look for the album and her upcoming concerts on her world tour 2017-2018!

The Look Of Love

I Love Being Here With You

East Of the Sun

All Or Nothing At All

I’ve Got You Under My Skin

Desperado & Sorry Seems To Be The Hardest Word

This is an updated and developed version of a post published (in Swedish) at Musik.pm on 2 May, 2013. See also Dear Diana, Three concerts I did not attend, Planets that meet and Personality and music preferences.