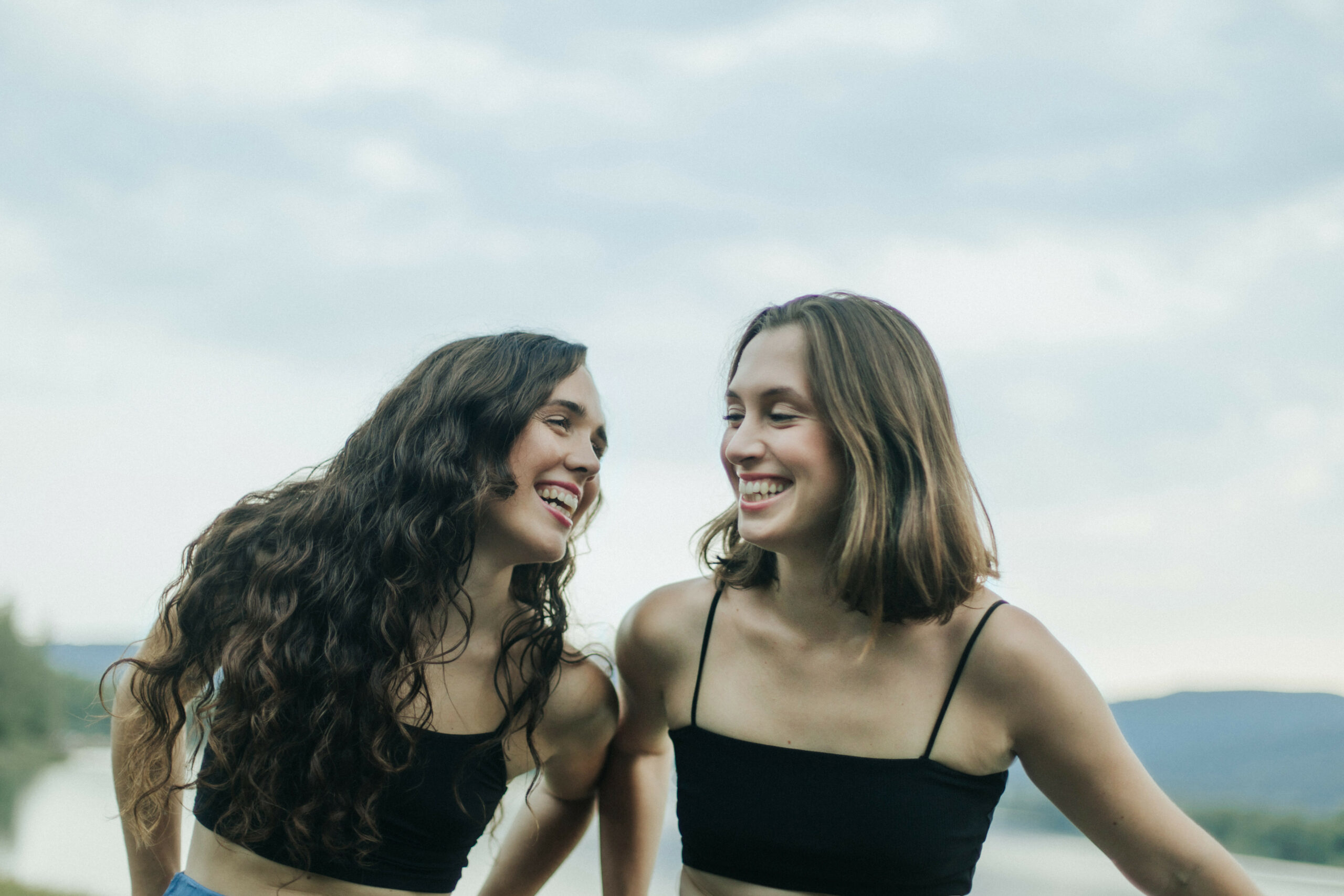 Sometimes I discover music that I find very attractive but different to what I usually listen to. The music opens up a new musical space to me, a space where I have not been before. This happened when I recently experienced the music of Carolina Alabau and Èlia Bastida from Barcelona.

I became curious when I first saw a few videos on YouTube, shared on Èlia’s Facebook page. Later, in September, my wife and I were enchanted when we experienced Carolina and Èlia’s concert (online) at the Jazzing Festival in Barcelona. It was a beautiful concert, and I became inspired to write about their project. We contacted them through Èlia and asked if we could conduct an interview online. They were very generous, and the interview was held a few days later.

To prepare ourselves, we bought their recently released, first (joint) album, which we had time to listen to briefly before the interview. Directly after the interview, we listened to the full album twice, with growing enthusiasm. We had fully entered the musical space created by Carolina and Èlia. Writing this, I continue to play the album and indulge its powerful expression and colourful details.

Their music is not new in a strange way that is difficult to enjoy. It is different and of high class, but easy to listen to – beautiful, inventive and fun. Actually, we detect elements from many directions that are familiar to us – folk music from different countries, jazz, and even classical music. (I even detect colours related to the Portuguese fado, a favourite genre of mine.) However, it is not right to say that their music is a plain mixture of such influences. Carolina and Èlia´s music is very much their own. A space of their own.

However, their music should in the first place be experienced, not analysed. It opens up emotions of happiness and surprise to the listener. The title of the album, Meraki, is the Greek word for passion. To Carolina and Èlia, it signifies the creativity, love and soulful honesty in their creation of music.

The album consists of four original songs, written by Carolina and Èlia, and their interpretations of nine other songs – “traditional songs, Mediterranean music and Brazilian music, bossa nova and jazz, among others”, as is said on the album cover. But I cannot say that their own songs form a category of their own, separate from the others. It was clear to us that one of the songs (“The Sound of Silence”) was not their own original song, but for the rest we had to ask. Their own songs – “Something New”, “Conversation in Ramos” (Conversa em Ramos), “That Melody” (Aquela Melodia), and “Thousands of Lights” (Miles de Luces) – are of equally high quality and interest as the others. The tracks on the album differ in character, but they all have Carolina and Èlia’s beautiful expression in common. 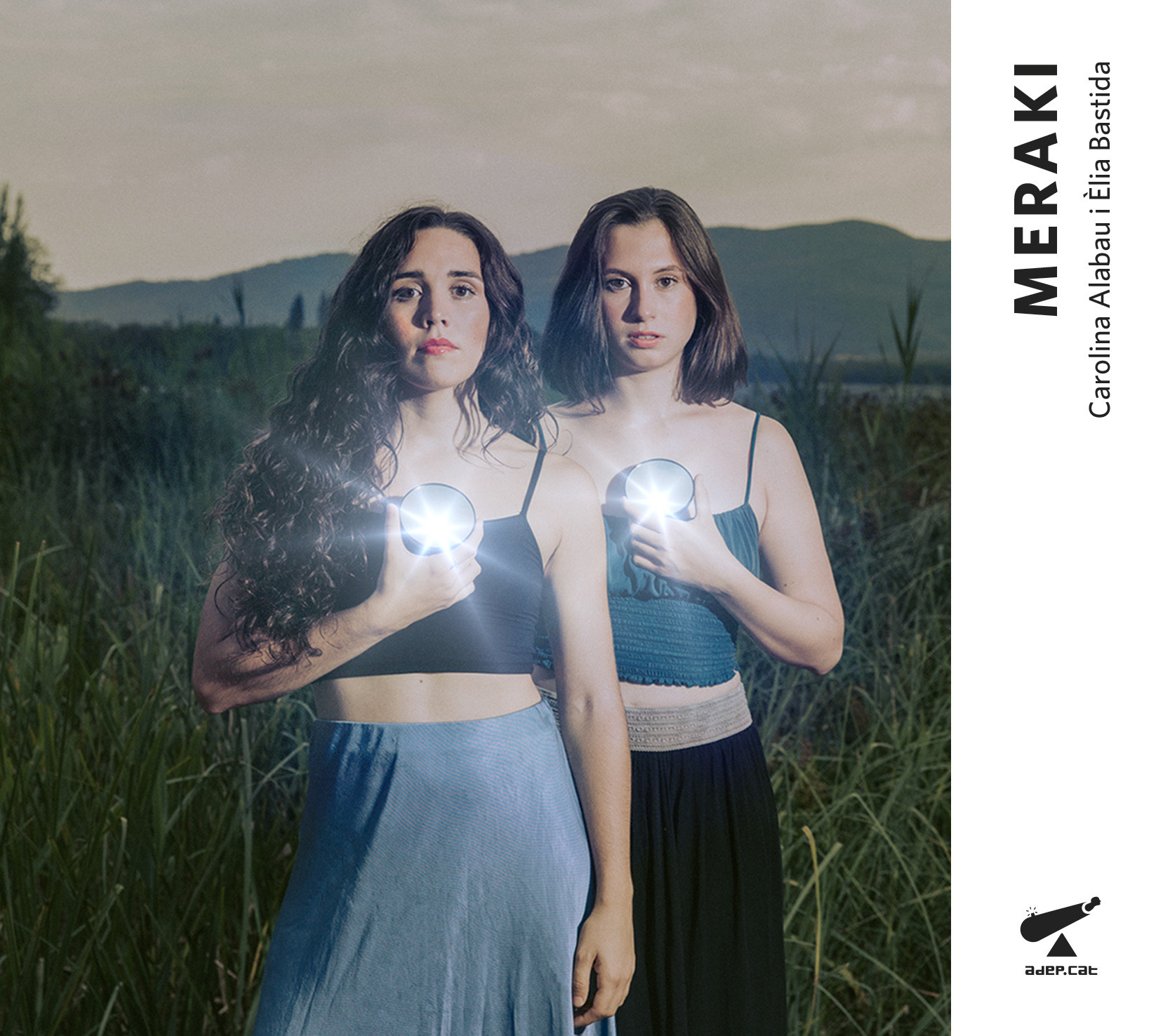 More from the cover:

Alabau and Bastida combine voices, violin, piano and percussion, and for the recording, they are joined by the Spanish guitar of Marc Lopez; the vibraphone of Brandon Atwell; the double bass of Joan Chamorro and the tambourine of Sergio Krakowski. The album was recorded live in order to best reflect the connection and dialogue between the musicians and convey the unique energy of this genre. The recording took place in the studio of David Casamitjana (Espai Sonor Montoliu, in La Segarra) during the summer of 2021.

So, the recording is quite recent. Carolina’s voice and Èlia’s violin lie at the centre of all the songs. They form a musical dialogue and sometimes quickly leap between the tones in dynamic unison. Carolina is the lead singer and on occasion Èlia joins in with her voice in harmony. Èlia’s violin serves as a solo instrument, but also, like Carolina’s piano, as an instrument of accompaniment. The two young musicians are a perfect match. When we ask how it is to work together, they both say that they mutually help each other to connect better to music. They are very good friends, they can be creative and improvise together, and it is easy for them to find a way forward in their creative work.

As is said on the cover, Carolina and Èlia receive help to create a more full musical body and varied flavours in some of the songs of the album. The additional instruments and musicians are carefully chosen to deliver those flavours, and the result is beautiful. To the listener those musicians could very well be apprehended as group members. The characterisation “perfect match” can be used again. 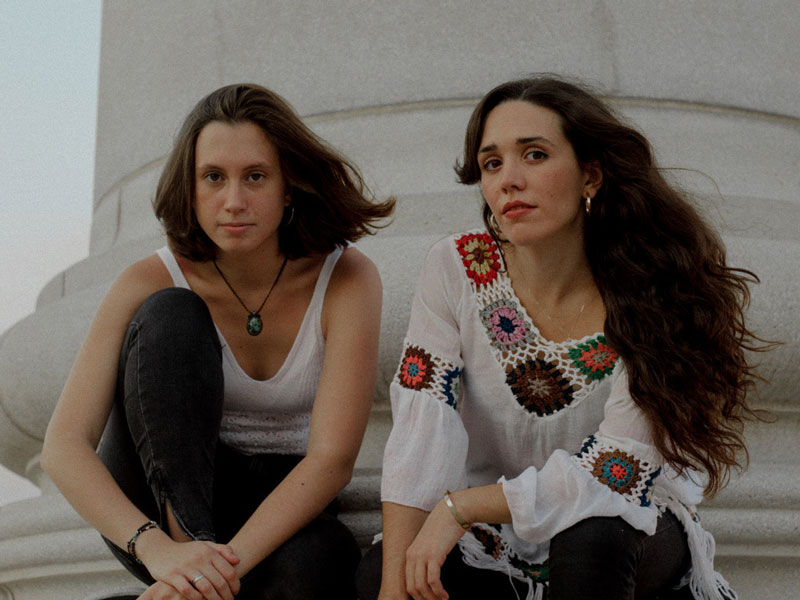 We know Èlia from her work within Joan Chamorro’s creation the Sant Andreu Jazz Band, and in 2019 I wrote an article on her when she was about to leave the big band as a regular member. However, she had by that time already collaborated with Joan in other projects within his big network of musicians – and she has continued to do so. Apart from her main instrument the violin, she sings and plays the tenor saxophone. Èlia´s musicianship has so far been portrayed on two albums (Joan Chamorro presenta Èlia Bastida and The Magic Sound of the Violin) and a third is close to completion (Èlia Bastida meets Scott Hamilton). More about Èlia´s background here: http://musik.pm/elia-bastida/

As Carolina is new to us, we asked her to fill us in about her background. We learned that Carolina has a similar background to Èlia in terms of music. She was born to a musical family; her father and brother are cellists and her mother plays the viola. Like Èlia, she went to a music school, where music is integrated in the curriculum alongside other subjects. The musical focus was on classical music. She studied the first year of the jazz voice degree at the “Guildhall School of Music” in London, and then finished the degree at the “Conservatori del Liceu” of Barcelona. Singing has been there all the time. Her classical training has been a great help in teaching her how to breathe, but for the rest, the technique is very different in the kind of music she now sings. In the beginning, she also played both violin and piano, but she now concentrates on the piano. In 2020 Carolina recorded her first album, Primera mirada, and like Èlia, she is involved in several additional music projects.

One interview after another…

Carolina and Èlia are two very busy young musicians, and we are thankful to them for giving us the time for an interview. The setting of the interview was very special. It was conducted by a Messenger video call, right after a live radio interview. They tried to find as peaceful a place as possible, but central Barcelona is not very peaceful anywhere. So, we were experiencing the urban life of Barcelona as a background to our conversation! But aside from a few difficulties in hearing, it was actually a wonderful experience to be transferred to central Barcelona while talking to Carolina and Èlia. When the streets after a while became too noisy, they brought us into a café to finish the interview.

The radio interview was one of many positive reactions that Carolina and Èlia have received after the Jazzing Festival concert. As our interview is one of those reactions, I can very well understand that they have faced that kind of interested and positive reception after the concert and the album release.

A duo in collaboration

Carolina and Èlia found each other in a music project in 2019, and realised that it would be a good idea to play together. Carolina loves the idea of singing with a violin. They met several times, exchanged songs, and found that they liked to create music in collaboration and to melt the violin and the voice together.

They see themselves as a duo, using violin and voice as the base, but they also love to collaborate with other musicians. So they bring in other instruments that they find attractive in creating the different expressions of the songs. Early on, they felt that there sometimes should be percussion in their music, and when they composed one of the songs, they “heard” the sound of a vibraphone. So, why not try to bring those instruments in? Likewise with the double bass and the classical guitar, and I will not be surprised if they were to bring in other instruments in the future. 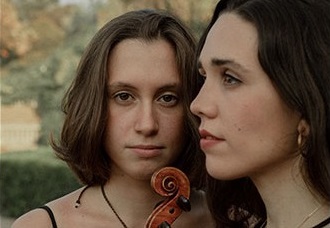 Well, what about the future? At the moment Carolina and Èlia have no other answer to that question except that they want to continue to collaborate. They are now intensely involved in the Meraki project; in living and delivering the songs of the album, which means that right now there is no time nor emotional space to be involved in planning for further albums. As stated above, they are also both involved in several other musical projects. However, I am sure that eventually there will be another album by Carolina and Èlia. Their shared creativity seems to be irresistible.

Making music together – each from their home