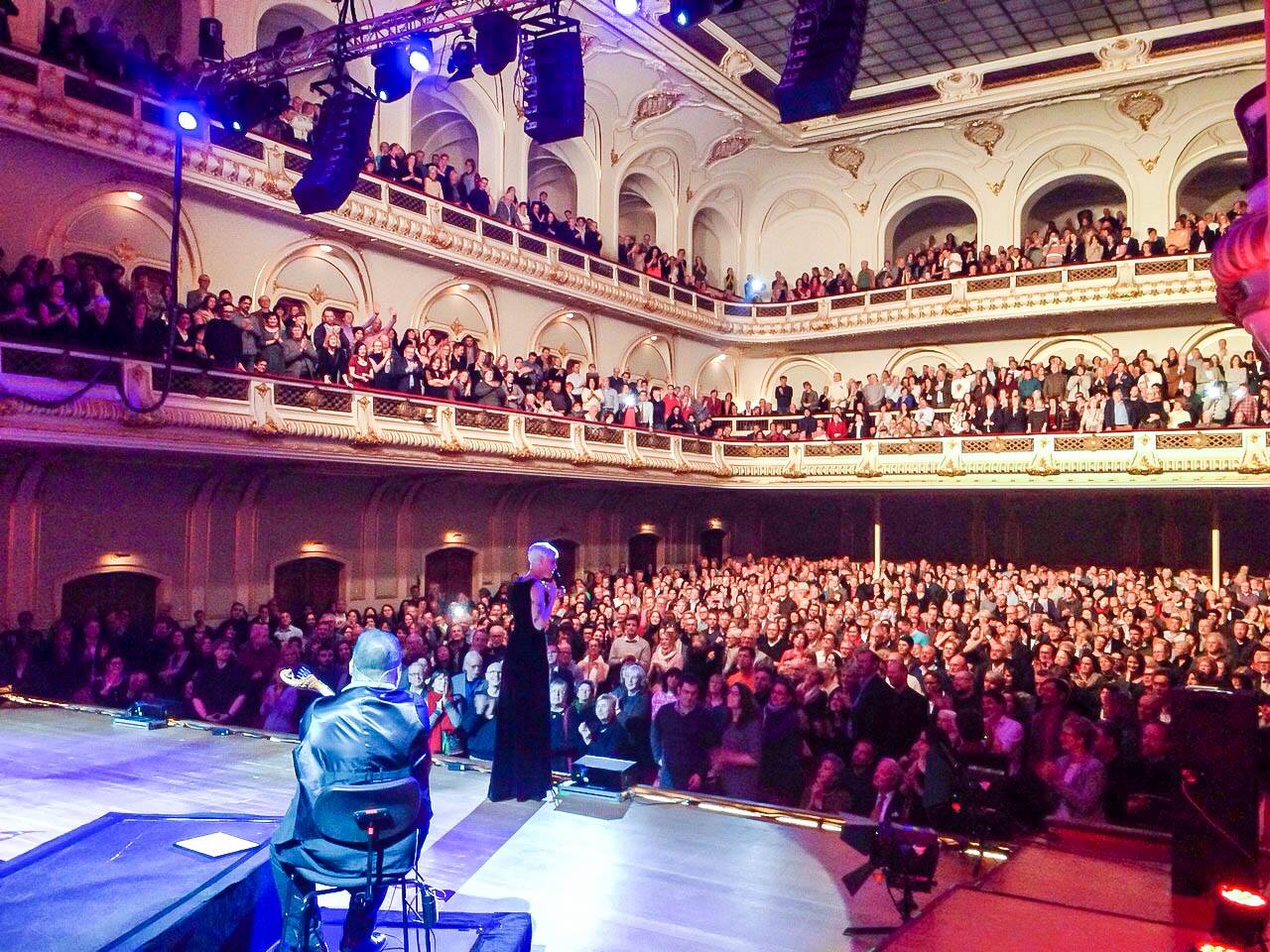 Some songs and singers really touch my heart. I am sure most people have those experiences. Music can reach into one’s very personal and strong emotions. The feelings might be aroused by the music and/or the lyrics of a song. For me the understanding of the lyrics is not the most important element of my experience. The lyrics are of course important as an inspiration to the singer, but the musical side of the songs is more important to me – the melody, the voice, the instruments, the arrangements, and of course the total expression.

Since music can touch very personal and strong emotions it might happen that one transfers those emotions to the performing artist. You might in fact subconsciously feel a sort of emotional bond with the singer. It is like you actually have a close relation. And, after all, in your own life it is people close to you that normally can arouse such feelings. Intellectually you know that this is not the case with the artist, but emotionally you can still feel the emotions of a close relation.

If you do not understand the true nature of this relation such feelings can be problematic, especially in combination with dissatisfaction with your own life. Then you might build a dreamworld with you and the artist as a substitute for your own life, and dreamworlds are never adequate solutions to real existential problems. Such a situation can also trigger a person to become a stalker. 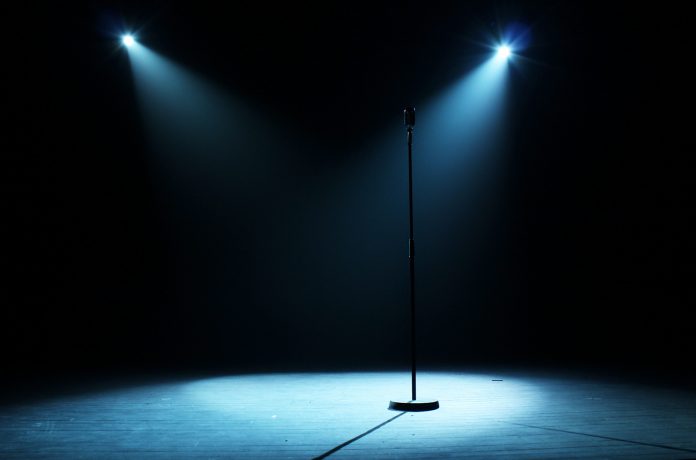 But this is not the ordinary situation. Most of us can tell the difference between a personal relation and the relation between an artist and his/hers audience. We understand that the feelings aroused within us stem from the qualities of the song and the artist’s ability to sing or play it in an engaging way.

The relation between the artist and the individuals enjoying his or her songs is in fact one of many asymmetrical relations in life – meaning that the relation looks very different depending on from which side you see it. The asymmetrical aspect of this kind of relations has many dimensions. The most significant one might be that the artist is the one who delivers expressions and the individuals enjoying the songs are the ones who receive those expressions.

The asymmetrical aspect of this relation is also emphasized by the sheer fact of numbers. The artist is one person and the audience is a multitude of individuals. The artist’s exclusiveness feeds the image of celebrity, and there is a sort of magnetism in such an image. I suppose many of you have had the experience of spotting a celebrity in a public place, and it is in that situation hard for anyone to carry on with one’s doings unaffected of the presence of the famous person.

Being known and being at least a bit famous is of course important to any artist. It is important for the artist to make a living, and it signifies the fact that his or her music has a value to people. This must be two important aims for most artists.

But the asymmetrical relation between artist and audience can also stand in the way for the artist’s possibilities to live an ordinary life. Even if it is fun and even necessary at times to be in the focused attention of many people, there are times when an artist would like to be anonymous or on equal terms with people. This cannot be easy when the rest of us have a hard time looking away when we spot a well-known person in a public place. And telling the difference between true friendship (or love) and an artist-fan relation can be equally difficult for the artist as for the fan/friend. But as an artist you cannot just turn on and off “famousness” at your convenience. It is there, or not there, whether you want it or not, and being famous can disturb personal relations.

But, although the relation between artists and their audience is a truly asymmetrical relation there are also other aspects worth mentioning. These are so obvious and natural that you might miss to see them. First, the audience have the songs in common with performing artists. Even if one side sends the expressions and the other side receives them, we still have the songs in common. And even if we have different relations to the songs, we have the song together that causes these different relations. And chances are that artists and audience, after all, have pretty much the same kind of relation to a song.

Second, we are all human beings with common basic needs. Even if it at times can seem as if an artist is a “supreme” kind of human being, it is in fact not so. We all have the same kind of basic needs of self-esteem, love, belongingness and understanding of the world. The different roles we play in society offer us different ways to pursue these aims, but it is the same kind of aims. This fact gives us important clues to the understanding of ourselves and others – including the artists we love and their songs. 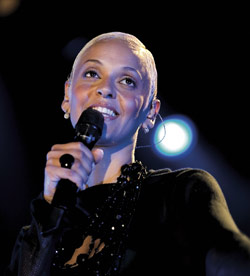 To conclude this post I want to tell you two personal stories illustrating asymmetry. In my love of music I have come to love a number of artists and their songs. As you might have read earlier I discovered fado some years ago, and eventually I came to love it. At one time the great fadista Mariza came to perform in my home town Gothenburg. As a fan I knew long beforehand about the concert, and I bought tickets for me, my wife and two friends the very first day the tickets were sold.

The day of the concert I had lunch with a colleague at a restaurant close to the concert hall. On my way out after having lunch I saw a person who I recognised, and after a few seconds I realised that it was Mariza sitting there together with another woman. I walked away together with my colleague, but realised when we had parted that I just could not leave it there. I could not leave without expressing my love of Mariza’s music. I had so many times enjoyed her music videos on YouTube, especially those from the outdoor concert in Lisbon 2006, and had felt the deep emotions that I discuss above.

So I went back to the restaurant and walked up to the two ladies, still sitting at their table. I greeted them welcome to Gothenburg and expressed my love of Mariza’s music. I also told them about my introduction to Mariza and her music at Musik.pm (unfortunately only in Swedish), and how much I had enjoyed her concert in Laeiszhalle in Hamburg the year before. They both looked a little bit surprised, maybe because Mariza is not a well-known artist to the general public in Sweden. I might very well have been the only person in that crowded restaurant who recognised Mariza. If she would have got attention from several others I would not have approached her. But Mariza and her company smiled kindly, took my hand and thanked me – and that was it. I said I was looking forward to the concert and left them at the table. Entering in their privacy is something that I did not do without hesitation, and a minute or two of intrusion was what I could force myself to. Afterwards I thought I might have asked for the possibility of a photo, and of course it would have been nice to have a photo of us three together. But if I had done that our short rendezvous would have been turned into something else. To handle an asymmetrical relation in an ordinary life situation is a delicate act of balance.

Second story: Last year my wife and I went to Paris to see Keren Ann in a concert. I discovered her the year before, and found out that Keren Ann has been a well-known singer-songwriter since 2000, although not well-known everywhere. We came to love her music very much, and I wrote an introduction to her music at Musik.pm. We decided to go to Paris just to see this one concert, named One night alone with Keren Ann. It was a standing concert at the small venue “Les Etoiles”, and Keren Ann was on her own. Just Keren Ann and her guitars, nothing else.

The concert was quickly sold out, and although it was advertised as the “One night with Keren Ann”, one more concert was announced to take place the day after the first one. My wife suggested that we should buy tickets to that concert as well, and I happily agreed.

The week before we went to Paris I sent a note to Keren Ann addressed to Les Etoiles, telling her about my introduction to her music at Musik.pm, provided a link, and wrote that we would be in the audience on both concerts.

It was two beautiful concerts, and in the end of the first one I suddenly realised that Keren Ann between two songs was talking about the note I had sent her. She said that she had read it only the day of the concert and that she was deeply moved, and she greeted us welcome to both concerts. And then this very special moment was over. We have never met, and we will probably never do. But to me it is a great experience to know that I have reached through to Keren Ann with the expressions of my thoughts, as she has done to me with her songs. In a small way this has a little bit reduced the asymmetry of our relation.

When I got home I posted a story about the two concerts at Musik.pm. There I wrote that the title of the concerts refers to the fact that Keren Ann is alone on the stage. But I also guessed that the choice of title was supposed to convey the meaning that each and every individual in the audience would be alone with Keren Ann. A play with words and meanings. And in the soft parts of the concert this is actually what happened. I have never before experienced an artist who so genuinely can relate to each and every one in an audience. This is also a way to convert an asymmetrical relation to something else.

And here is first Mariza and then Keren Ann.