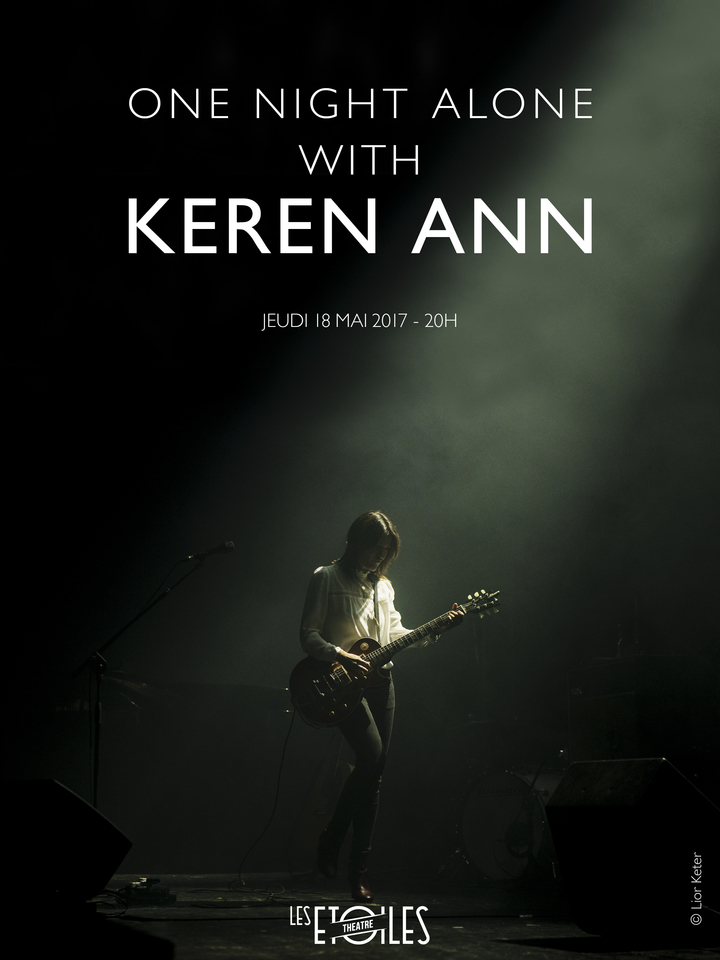 We are on our way to Théâtre des étoiles in Paris. There, the singer-songwriter Keren Ann will perform on her own in a concert called One night alone with Keren Ann. It’s Keren Ann and her guitar, nothing more.

I found Keren Ann last year. The French found her fifteen years earlier, which tells something about the separation of music cultures. Now we have a warm relation to Keren Ann and her music. She has been sort of a “family member” for a year, represented at our dinner table by her music. Music is an important part of our dinners, and since the day we found Keren Ann she has been our regular music guest. Now we look forward to see her in real life, singing the songs we have come to love. We plan to come back tomorrow, since we have tickets also to the next day’s extra concert.

Les Étoiles is a small venue and today’s event is a standing concert. We enter, buy drinks, and stay by the bar to have something to lean on. Soon les Étoiles is full, and after a while Keren Ann enters the stage with her guitar. No one introduces her. She just enters quietly. Keren Ann has been with us intensively for one year, but only through speakers and behind screens. To see her in real life is almost unreal. And without any spoken words she begins her first song. 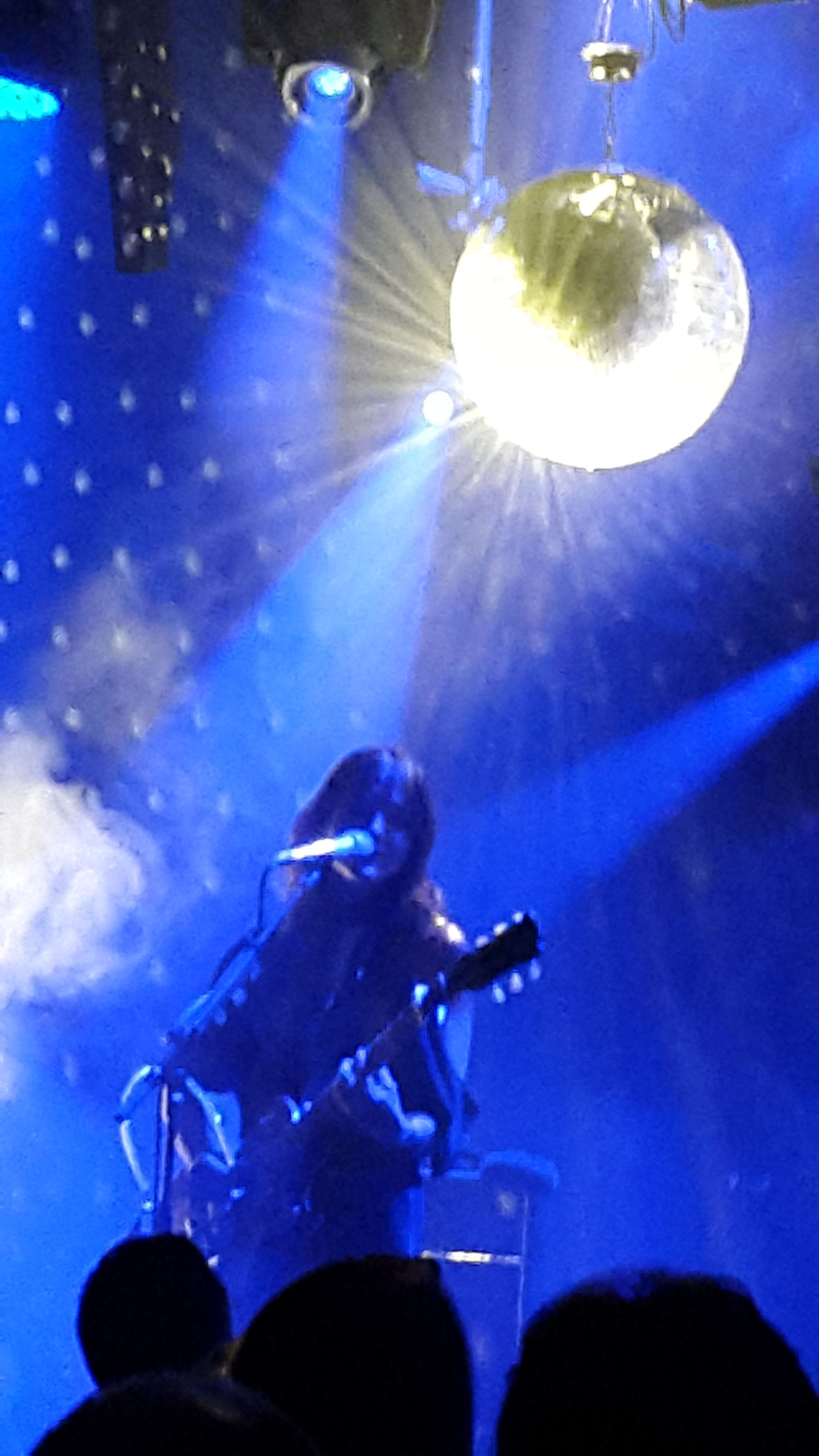 The guitar she uses is an electric one. The way she plays it does not contribute to the soft side of her music. On the contrary, the strong and sometimes forceful electric sounds stand out in sharp contrast to the soft guitar from her early career. At first I am a little bit disappointed, but after some time I acknowledge that this is an alley which Keren Ann wants to explore, and then I want to follow her. I trust her and she seems so much to enjoy what she is doing. Her usual shy expression is still there, but it is mingled with happiness for the strong music she is making.

Even though she often uses the rough and loud possibilities of the electric guitar, she uses them with discernment to emphasize certain passages of the songs. She is alone on stage, and she sculptures the songs only with her voice and the guitar. It is a very special experience. 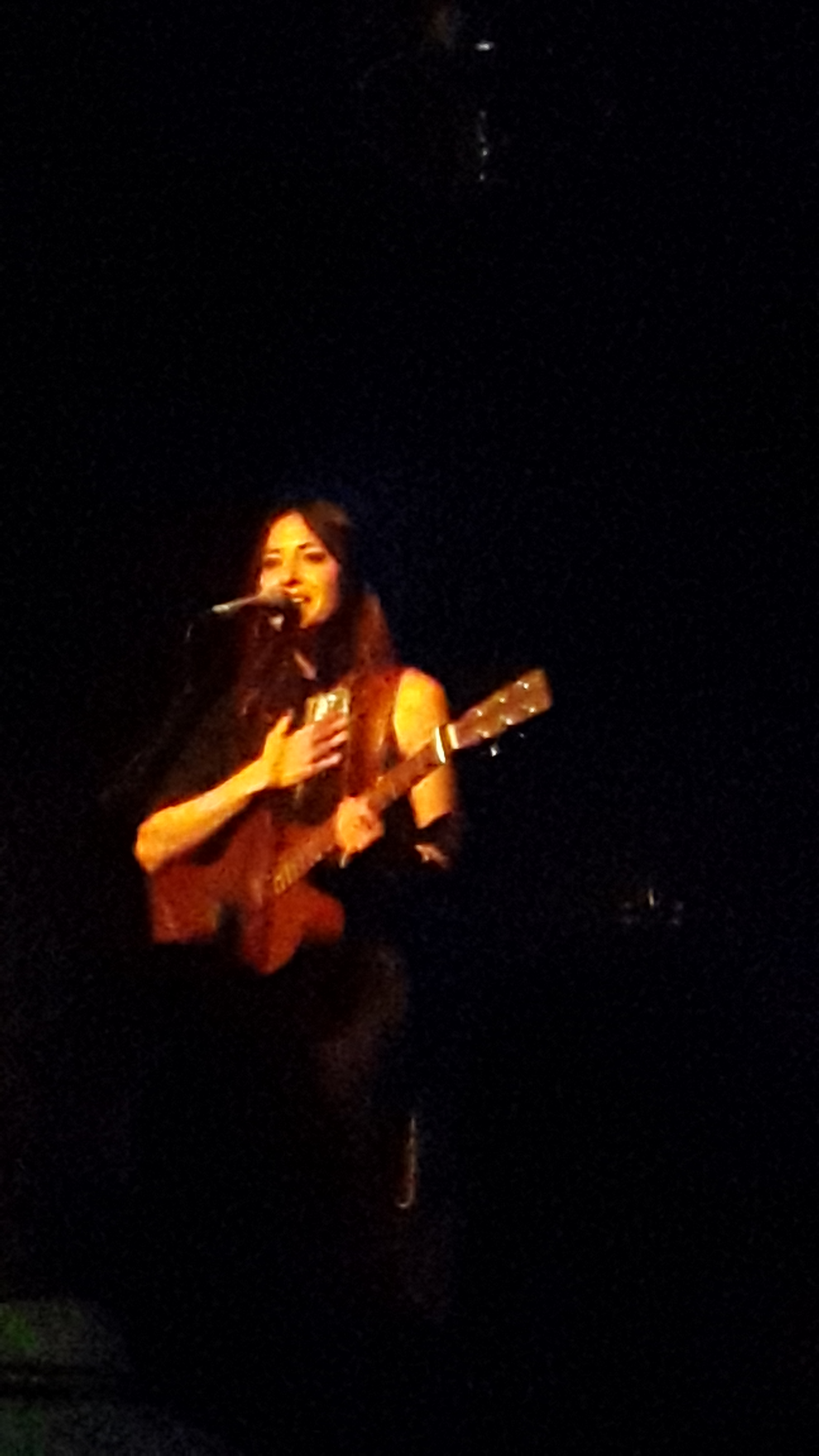 Maybe half way into the concert she changes to her acoustic guitar, and thereby to her softer expression. But there is something that is different. At first I cannot put my finger on it, but when she sings her old songs I realise that the way she sings nowadays is different from the way she sang early in her career. The concert experience makes this very clear. On her first albums one could say that part of the soft melancholy she created came from her singing style that sometimes was close to talking. It created an extra dimension of seriousness and intimacy. Now the singing/talking style is gone, and Keren Ann sings with a clear and beautiful voice in a more melodic way.  The beauty of her old melodies gets even more accentuated with her singing them this way. And the live performance adds strength and warmth to the expression. There is strength in her voice even in the old soft ballads, and I come to think that the difference between the expressions is the difference between a young woman and a more mature woman.

The title of the concert, One night alone with Keren Ann, refers to the fact that Keren Ann is alone on the stage. But I suppose that the choice of title also is supposed to convey the meaning that each and every individual in the audience will be alone with Keren Ann. A play with words and meanings. But in the soft parts of the concert this is actually what happens. I have never before experienced an artist who so genuinely can relate to each and every one in an audience. I can feel it myself, and I can see it in the serious and open expressions of the faces around me, fully concentrated on Keren Ann not to miss anything. The relation is created by the qualities of the songs and by Keren Ann’s serious and low-key personality. You can trust and relate to a person who gives you all those things that Keren Ann gives you, without being intrusive or self-obsessed.

Before the end of the concert Keren Ann turns back to the electric guitar, but the acoustic guitar returns in the encores. After four encores she finishes with a beautiful a capella song – only her voice and no guitar. We get even closer to Keren Ann, and to each other.

The concert is over, but my wife and I will return to a “full concert encore” tomorrow. And when we come home we will listen to Keren Ann’s albums with the new feeling of actually having met our regular dinner guest in real life. And we sense that we now know her a little bit better.

Read also my introductory post about Keren Ann from 8 June, 2016.

Below is a sample of Keren Ann videos, available on YouTube. Gathering them I realise how much I appreciate Keren Ann and her music.

Sit in the Sun

It Ain´t No Crime / In Your Back

Where No Endings End

My Name Is Trouble

All The Beautiful Girls

Where Did You Go?