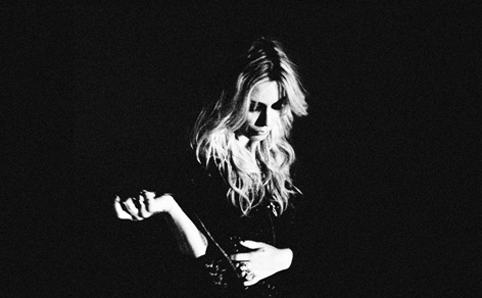 The cover image of Gravel & Wine

A musical treasure hunt that ended in New Zealand

On-line stores that sell music often provide their customers with information about the music that is assumed to be close to the customer´s earlier choices. When you view a specific album you are informed about what other customers have bought along with the one you are viewing. Spotify and other operators provide similar technologies.

This service is a valuable tool for those of us who search for new music – and you don´t have to buy anything to use the service. Of course one does not have to stop at the first proposals. Often you need to move on and investigate the artists that are associated with these proposals, and so on. The work does require some patience because many of the artists that are suggested are uninteresting or bleak copies of the artist you started with. But after a few hours, following different paths of musical associations, you can sometimes find an amazing artist that you might not have found otherwise. At least not until much later, when the artist’s reputation might have found its way to your usual media. 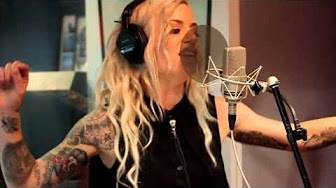 That is what happened when I in March 2012 found Gin Wigmore from New Zealand. I do not remember today who the starting point artist was, but it may very well have been Amy Winehouse. After having tested many different paths and artists without any luck, Gin’s voice suddenly “cut” through the room. When you hear that voice you know you have struck gold. Not only because her voice is very special, but also because it reveals a strong personality with great professionalism. In short – a solid artist.

This impression is strengthened when you listen to the large variation of her songs. Gin writes all her songs alone or together with colleagues. Everything from beautiful ballads like Hallelujah and Dying Day to powerful rock music like Oh My and Man Like That. Swinging country as in Sweet Hell and catchy folk rock as in Devil In Me. If those are the right labels.

Gin’s first album, an EP also titled Extended Play, came in 2008. The record includes the personal Hallelujah, which Gin wrote as a tribute to her father after his death. Since then she has released three full length albums – Holy Smoke, Gravel & Wine, and Blood To Bone – and a number of singles. I really like all songs on the EP and the two first full length albums. Not a single weak entry. Buy is highly recommended – as is attending one of her live performances. When Gin toured in Europe 2013 we saw her in a memorable performance at the small club Strom in Munich. 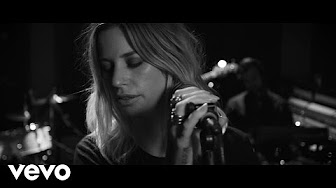 However, I took me some time to come to terms with the third full length album Blood to Bone. I immediately liked the songs and the arrangements better on the first two, and after listening briefly to the third I turned my attention to other artists and other kinds of music. But while updating this post I realise that I should have given it more time. It did not immediately appeal to me as much as the previous, but it wins by further listening.

Although I appreciate all songs on the EP and Gin’s two first full length albums, the ballads are my favourites. From the EP, of course Hallelujah, and from the first full length album the mighty New Revolution and the more low key Golden Ship and Dying Day. And also Too Late For Lovers. But they do not stand out much from the rest. Everything is really good, and the albums are cleverly composed. On the second album, Gravel & Wine, Gin explores our dark side with the help of some unfamiliar and interesting sound images.

Soon Gin’s fourth album Ivory will arrive. The release is planned for March 2018. Gin won my heart with her first albums, and the fact that one album did not immediately ”work” for me will certainly not prevent me from waiting for her fourth album with great expectations!

Too Late for Lovers

Written In The Water

This post is a translated and developed version of my post in Swedish, October 2012. Read also about Gin in my post Personality and Music Preferences. There you will find an explanation of why I like Gin’s music, as well as music of quite different characters.

And read in my post Planets that Meet how you might interpret the fact that you sometimes do not like an artist’s recent album as much as the previous.